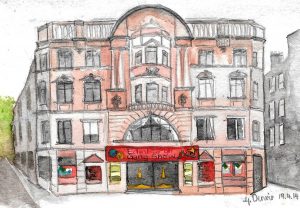 EGSPL manages the business side of the Edinburgh Gang Show which is the biggest annual theatrical show starring young people from Scouting and Girlguiding in the UK.

​With a cast of over 250 young people aged between 8 and 25 years old the long-established show follows a fully balanced and recognised format of variety theatre set within a modern context. Performing annually since 1960 the Edinburgh Gang Show has become one of the most popular events at the King’s Theatre, Edinburgh whilst allowing members of Scouting and Girlguiding to showcase their creative talents by entertaining over 6,000 people every November. ​
​​
The show is also a Scouting and Girlguiding activity and every part of the young person’s involvement whether it is auditioning, rehearsing, performing, helping back stage supports the aims and objectives of both organisations. Involvement in the Gang Show provides young people with skills and experience of working as a team, being part of a significant project with all the usual demands of milestones, targets and achievement as well as building confidence and self-esteem. ​​
​​
We have a growing EGSPL members’ community the benefits of which include an invitation to the show and an invitation to our Annual Review together with voting rights on decisions that will affect the ongoing development and future of the show​.​
If you’re interested in joining, please contact us.
This site uses cookies: Find out more.