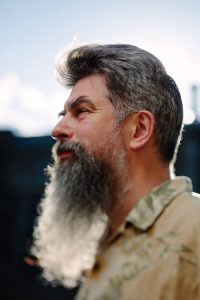 I didn’t mean to go to Gang Show. It was just another gig to cover, an annual event in the diary of the local newspaper theatre critic. It was mostly noteworthy for the early start and the large number of local children taking part.

My first was in the dying days of the last millennium. Looking back, it contained the expected references to woggles, camp fires and other Baden-Powell affectations of which my mocking friends and colleagues had warned me. What they didn’t mention was its brilliant energy and buzz. From the off, it had me hooked. I could overlook the ancient, creaking sketches written by Gang Show founder Ralph Reader when there was such an air of swagger and joy to the whole evening. It wasn’t just the kids on stage who were having fun. The King’s Theatre – relatively packed for a Tuesday night – contained an audience which was determined to have a great time and be heard doing so. As a true fan of live theatre, I saw this as a class apart and only rivalled by pantomime in its ability to engage.

Yet at its heart it was still the Ralph Reader show. Over the next few years I saw changes. An Abba medley allowed the Gang to shine one year. But even in 2002 I was writing that there were “…a few too many routines which still rely on an ethos which might have been fashionable in England in the 1930s, but which doesn’t ring true in 21st century Scotland.”

I missed Gang Show 2003, but when I came back in 2004, it was to a very different beast. “Vibrant and sassy,” I wrote, “this year’s Gang Show takes an old format and moves it right up into the 21st century.” It wasn’t any old bit of the 21st century either. It was very specifically the part being experienced by that year’s audience. The show’s immediacy wasn’t just a nod in the right direction; it had its finger on the pulse. Whole songs were framed around jokes which were too topical to have worked in previous years, or even since.

Suddenly, the whole framework of the Gang Show had changed. It had its difficulties, of course. Who isn’t going to get something approaching 200 people on to a stage without suffering a couple of glitches on opening night? But while there were still a few Ralph Reader throwbacks, it had turned into a show which could be enjoyed by everyone.

In 2005, one routine took a medley of Beatles songs and delivered them in Scottish country dancing style. It was hilarious. A fortnight later at the Motherwell pantomime I was delighted to see a very similar routine. But why wasn’t the Yellow Submarine band playing the Balamory theme tune? And why hadn’t the chorus of Hey Jude been replaced by the Proclaimers’ 500 Miles? The professionals might have similar ideas, but they just didn’t get the same level of detail.

Three years on, in 2008, and the topicality of the show was sealed on the day John Sergeant officially announced his departure from Strictly Come Dancing. Sergeant’s announcement came at noon. An hour into that night’s show and it was in the script. It wasn’t a huge line, nor the most polished, but it was there.

That the Edinburgh Gang Show should be joking about Strictly rather than woggles felt completely correct. Both shows are contemporary expressions of music hall and variety. The Gang Show just happens to have better dancers. As it proved in 2010, when it teamed up with Edinburgh’s Manor School of Ballet to stage the Billy Youth Theatre version of Billy Elliot at the Festival Theatre.

The change in fortunes of Edinburgh’s Gang Show was down to one thing: the arrival of a new director, Andy Johnston. He took over in 2003 and has remained in position ever since, easing the Reader numbers out and bringing the whole production up-to-date.

Johnston reveals that his changes were basic but simple. “When I first got the gig I did two things,” he says. “First was think about what we are – and we are Scotland’s capital, we are Edinburgh. I have deliberately gone down the line of making the show about Edinburgh. The other thing was to look at what it is intrinsically about. In the old days it was always a lot more fun to be in than to watch. When I came out the cast in the nineties and I had to sit and watch them, that was four hours of your life you were never going to get back. Now we rarely do anything more than eight minutes long. If you don’t like it there’ll be something else along soon.”

What Johnston has done is take Ralph Reader’s basic format and tighten it up. It still gives young people the opportunity to showcase their talents, it just doesn’t make them go on and on about it. He has also increased the focus on youth. Reader had grown-up Scout leaders in his Gang; Johnston doesn’t let anyone over 25 on stage. The average age this year is 13.

Chatting to Johnston about the Gang Show, his love of what it does comes shining through. He went to his first Gang Show at the King’s in 1979 and a year later he was on stage. It was a lot more than just getting up and singing, though. “It was an amazing experience because it was the 21st Edinburgh Gang Show,” he remembers. “It was a big celebration and there were a lot of people who had been there since 1960 when it started.

“They instilled in me, as a 12-year-old, that it was important, unique, different. Nobody else goes into the King’s and does what we do; nobody else has so many people, so many costumes, so many sets. And that is what I try to instil in the young people today.”

Another change is in Johnston’s trust of his cast. “When I was in the Gang Show we used to get an A5 sheet with the last eight bars of the finale which we had to do in harmony. It used to take us about three weeks. What we now do – with a cast which has an average age of 13 – we sit them down like a proper choir and teach them four-part harmony from the start.”

And when it comes to solos, the idea is to get as many people as possible doing a spot. Soloists are still chosen on ability, but everyone gets a chance to audition and you won’t find the same faces popping up at every juncture. Where you do see those same faces, however, is around Edinburgh’s stages. One of the joys of covering the local amateur dramatic beat over the last 15 years has been watching individuals come through. Dancers and singers who attracted the eye on the Gang Show stage have moved on to other companies and found a love of performing which has stayed with them.

Every year some quarter of the Main Gang will be performing in their first Gang Show. And an even higher percentage of the Junior Gang will be newcomers. Each will be there on merit. If they are wearing the red necky which marks out Gang Show performers among the rest of the Scout and Guide movement, you know that the only reason is that they are good enough to do so.

I might not have meant to go to my first Gang Show, but I now count it as a fixed point on my theatre calendar. Of course Britain has talent, but this is the place to spot the stars of the future. They don’t just have some unquantifiable ‘X Factor’ going for them – they have the Gang Show factor.

Thom Dibdin is a theatre critic covering the Edinburgh stages. He is also the Scotland Correspondent for The Stage. Keep up to date with his previews, reviews and News at All Edinburgh Theatre.com @AllEdinTheatre